Joint Pain Associated With Bacteria in the Gut 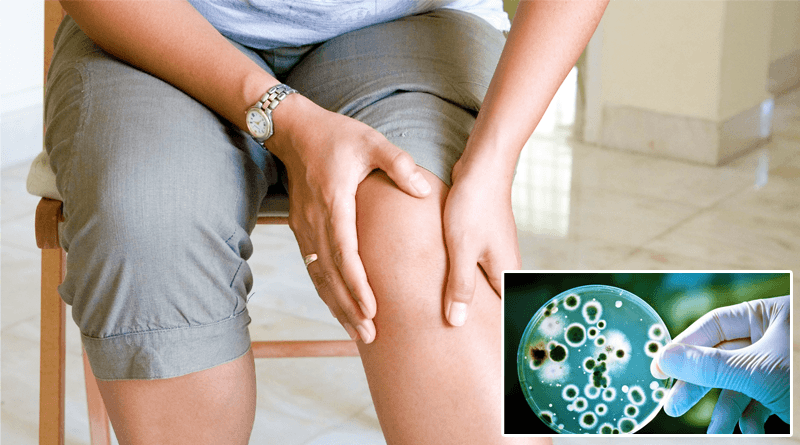 Is it possible that gut bacteria influence joint pain? According to several studies, these microbes could affect the immune system and cause problems in other parts of the body.

Rheumatoid arthritis is a disease that occurs when cartilage degradation, which causes swelling and stiffness of one or more joints.

Although research has been able to determine some risk factors that can trigger this type of health problems, experts are not entirely sure what could be the direct cause that causes it.

In the search for a stronger cause of joint problems, a group of researchers has focused on a potential culprit so far not been taken into account: the bacteria that live in our intestines.

Recent studies have determined that bacteria in the intestines can cause various joint ailments, including pain caused by rheumatoid arthritis.

Moreover, they could also be related to diseases that affect the functioning of the immune system, causing other chronic problems.

Bacteria in the Gut, a Cause of Joint Pain

Research conducted in 2013, Dr. José Scher, a rheumatologist at the University of New York (USA) found that people with rheumatoid arthritis are more likely to have intestinal bacteria called Prevotella copri that those who do not suffer from this disease.

In another study published in October of the same year, Scher found that patients with psoriatic arthritis had lower levels of major intestinal bacteria.

These studies are part of the efforts they have been making several scientists around the world to understand and explain how the microbiome (the mass of microbes that live in the gastrointestinal tract) plays a very important role in general health.

It is estimated that in the intestines there up to a thousand different species of bacteria, which can weigh between one and three kilos. In recent years researchers have endeavored to show that these organisms have much to do on human health, as some are the triggers of illness, while others protect the body.

Bacteria in the Intestines Affect the Immune System

Immunologist Veena Taneja, of the Mayo Clinic in Rochester (Minnesota), said: “It is becoming increasingly clear that these microbes can affect the immune system, even in conditions that are not in the intestine, and joint pain is related bacteria in the gut. ”

Researchers have been surprised by the findings of the studies, as the gut bacteria affect the immune system more than many thought.

In recent decades, cases of autoimmune diseases have increased and many researchers support microbiome that at least part of this problem is due to the changes undergone by the microbial ecosystem for the modern lifestyle.

Copri Prevotella bacteria could be responsible for the joint pain

Microbes influence gut health, where two thirds of the body’s immune cells are found. In the process of digestion, the gastrointestinal tract must contend with a constant stream of strange microbes that can come from food and should be monitored to detect whether they are harmful and should be destroyed.

To fulfill this function, the intestines have developed an extensive immune system, whose effects spread to other organs outside the intestine. Living immune cells in the gut have the ability to activate inflammatory cells throughout the body, including the joints.

For the expert Jose Scher, copri Prevotella bacteria can cause an immune reaction that then goes to the tissues causing joint pain. Another theory is that it can displace the beneficial gut microbes, which in turn causes a weakened immune system.

The latest theory is one of the most supported, as in the study of people with high levels of Prevotella copri had reduced their levels of Bacteroides fragilis, which is one of those beneficial bacteria that affect the immune system.

The results of these studies have led to new research to create new strategies, in order to use bacteria as medicine for immunologic diseases.

In fact, health experts now recommend consumption of probiotics (good bacteria) to restore the intestinal flora and treat health problems like acne, insomnia and other problems that may be associated with gut health.