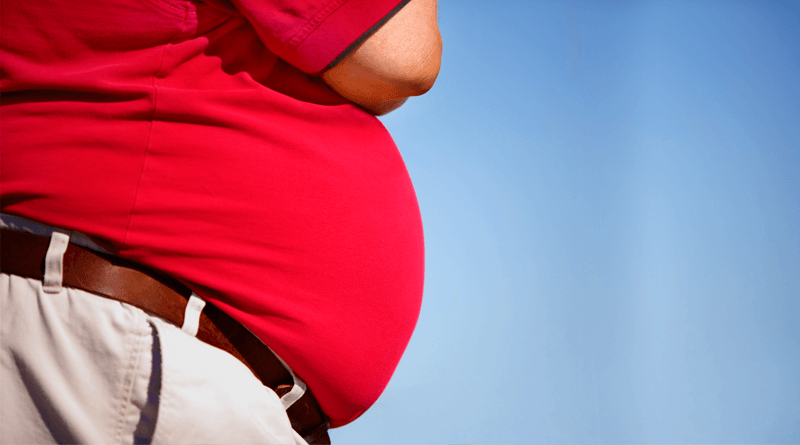 Obesity is the most common human metabolic disorder clinic. In industrialized countries, the current living conditions allow an abundant and varied growing food sectors of the population, while a sedentary lifestyle increases, which favors that the number of obese people multiply.Variations of body composition depending on the age, sex and physical activity. For example, a person at age 25 have 15% of its weight as fat tissue, while at 75, while maintaining a similar weight, has 30% as such, to the expense of a decrease in muscle mass lean formed by muscle tissue and bone.

Adipocytes, present in multiple deposits of fatty tissue, are adapted to efficiently store the excess energy in the form of triglycerides and, if necessary, releasing these deposits in the form of free fatty acids that can be used by the body. This physiological system, regulated through endocrine and neural pathways, allows humans to survive under conditions of starvation, even for several months. However, when nutrients are abundant and lifestyle is sedentary, and with the important influence of genetics, this system increases energy deposits of fat with adverse health consequences.

Obesity can be defined as a clinical syndrome characterized by an increased proportion of fat in relation to the total body weight.

The most widely used method to gauge obesity is the body mass index, which is equal to the weight / height 2. The figures considered normal BMI range between 19 and 26 kg / m2. Other ways of quantifying obesity is anthropometry, densitometry (underwater weighing), the CT and MRI.

The body stores excess energy for use when needed. However, if nutrients are abundant and sedentary lifestyle, obesity can become a real ‘epidemic’.

Generally speaking, the excessive accumulation of triglycerides in adipose tissue (obesity) occurs when the caloric balance is clearly positive, i.e., when consumed more than burn. Obesity is not possible otherwise. These are the risk factors for developing obesity:

Overfeeding can occur at any time of life, but its influence is greatest if started at an early age. Nutrition in childhood has become very important in recent years, by showing that a significant percentage of obese children and adolescents evolve obese adults obese. Diets rich in fats and carbohydrates may promote obesity.

Genes influence the predisposition to obesity as they relate to specific forms of food and nutrient availability. For example, famine prevents obesity, even in people more prone to it. Also important are cultural factors related to diet composition and the degree of physical activity. In industrialized societies, obesity is more common in poor women, while in developing countries it is in the richest women. For children there is a degree of relationship between overweight and the time they spend watching television.

Food intake regulating mechanism is located in the central nervous system. Several authors have shown a relationship between alterations in serotonin metabolism and food intake. In the regulation of food intake involved several molecules, some unknown; but perhaps the most important is leptin. This hormone is secreted by adipocytes and its output is an index of adipose energy deposits. When levels are high, it decreases food intake and increases energy expenditure. They described several families with early-onset morbid obesity due to mutations that inactivate leptin (lack hormone or broken) or leptin resistance (hormone is correct but the receiver that must join is poorly formed).

According to one study, adults aged 40-70 years with excess weight more than 30% experience an increase in mortality of 42% in males and 36% for women. Diseases associated with obesity and other psychosocial problems that may accompany it, are:

Osteoarthritis of the knees

Osteoarthritis of the spin

Deterioration of self-esteem and feelings of inferiority

Interference in the diagnosis of other diseases

Obesity can be diagnosed simply by observing the individual; even is the individual himself who is diagnosed. But establishing and / or objectify accumulated excess triglycerides in adipose tissue, primary cause of obesity can be attempted from different and complementary approaches.

Epidemiologically, it is considered that a person is obese if their weight is 20% higher than that given to their physical constitution or have a body mass index (BMI) greater than 30.Currently, most of the tables used as a reference for establishing the degree of obesity in the general population follow the methodology of the American National Institute of Health, which conducted 20,000 subject samples. It was concluded that there is obesity occurs when the BMI of the person in question is above the 95th percentile.

It is essential to establish a clear difference between overweight and obesity true. Overweight means exclusively an increase in body weight over a standard value generally correlates with the size and is located on the 85th.

In recent years obesity has been classified:

Depending on adipose tissue cellularity

Depending on the evolutionary history:

Depending on the fat distribution.Bodily

Successful treatment of obesity depends on the interest and enthusiasm of the team that is motivated and the cooperation of the obese patient. The doctor-patient relationship is more important in this disease than others, can act as limiting factor.

Medical treatment of obesity is based on the combined application of the following measures:

Reducing caloric intake: If the person eats in excess, it must reduce caloric intake to convert the energy balance from positive to negative. There are many types of weight loss diets that have proven effective, but it is always necessary to consult with an endocrinologist, for a personalized diet.

Increased energy expenditure: in patients who, in addition to excessive caloric intake, have a way of essentially sedentary, you must associate the practice of physical exercise, which must be consistent and progressive.

Use of drugs: are employed various kinds of drugs in the treatment of obesity. Orlistat partially inhibits the action of pancreatic lipase. Sibutramine, in turn, inhibits the reuptake of serotonin and noradrenaline, increasing caloric expenditure. Both drugs achieve the objective of facilitating a moderate weight loss, employees simultaneously with moderately low calorie diets. Under no circumstances recommended the use of slimming pills which cause severe endocrine, cardiovascular, electrolyte and neuropsychiatric complications.

Psychotherapy formal results are obtained by using behavior modification techniques, perfectly standardized, the most successful in those patients less influenced and dependent on external events to them in the conditioning of your eating behavior.

Measures surgery: possibilities include several different pathophysiological approaches. You can act on the hypothalamus-off digestive axis, achieving significant decreases appetite. Techniques aimed at achieving the decrease gastric volume may also be used. The gastric bypass can be applied within the derivative techniques.