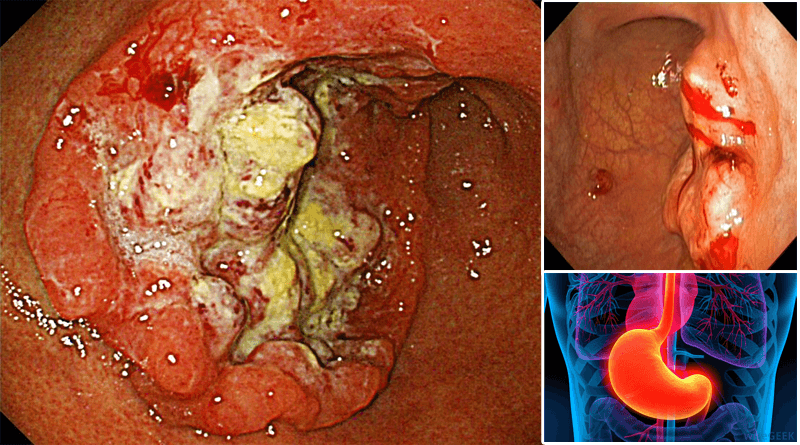 Gastric cancer is a disease that occurs due to uncontrolled growth of cells of the stomach. The tumors can originate in any of the layers of this organ: mucosa, muscular and serosa.

According to the Spanish Society of Medical Oncology (SEOM), the most common type is adenocarcinoma, a tumor that originates in the glands and accounts for 95 percent of stomach cancer diagnostics.

Sarcomas, melanomas and lymphomas rarely occur in this area of ​​the body.

As in other cancers, such as brain tumors or osteosarcoma, for example, the exact causes of gastric cancer are unknown.

However, if some of the risk factors that favor the development of cancer are known:

Nutritional factors: Eating a diet rich in salazonados and smoked products common in Japan and China, low in fresh fruits and or with high concentrations of nitrates in food vegetables may increase the risk of gastric cancer.

Some diseases: There are certain conditions and circumstances that increase the risk of developing this cancer. People who have previously had a gastric surgery may develop if it has been between 10 and 15 years since the patient was operated; chronic atrophic gastritis can be degenerated to form a cancer; pernicious anemia, gastric polyps or infection by H. pylori. However, although this H. pylori infection increases the risk, most infected patients develop cancer.

Family factors: A patient with several relatives with gastric cancer is 2 to 3 times the risk of suffering.

In most cases, gastric cancer is asymptomatic until the patient is in an advanced stage of disease.

According SEOM, the symptoms reported by the patient to the doctor often vague and nonspecific symptoms and match other diseases such as gastric ulcer. The most common manifestations are loss of weight and appetite, abdominal pain, change in bowel habits or bleeding that can eventually lead to anemia. In addition, some patients may also have nausea and vomiting, feeling full after eating very little, tiredness

During physical examination the doctor may notice symptoms such as palpable nodules, masses, smearing in the abdomen or the enlargement of an organ, among others.

Today there is insufficient evidence to recommend screening by endoscopy in the healthy population of Western countries where gastric cancer is rare scientific evidence. Strategies to prevent stomach cancer occur SEOM stresses the importance of:

Consume lots of fresh vegetables and fruits, pillars of the Mediterranean diet, and reduce salted and smoked.

A diet rich in fruit and vegetable can help prevent the onset of stomach cancer.