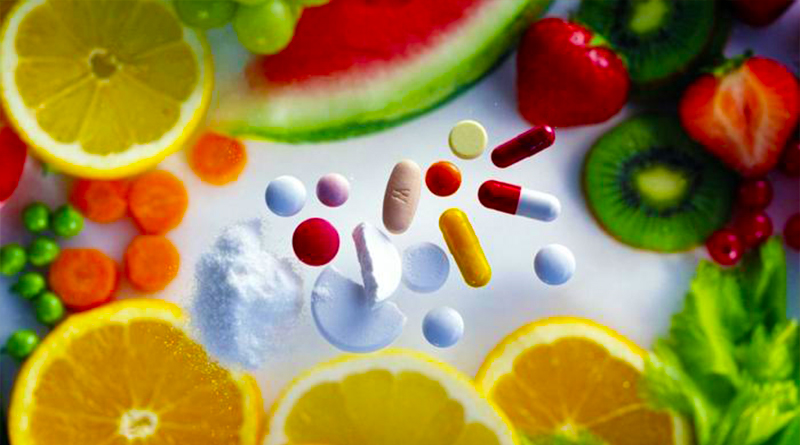 Today, an average dish in a restaurant is 4 times more abundant than in 1950, adults weigh 13 kilos more, but we are still suffering nutrient deficiencies due to poor diet. Junk food and processed foods are filling us with empty calories.

The problem is that the lack of some vitamins and minerals cause long term damage to the health of the whole body, but also make us feel tired or depressed during the day to day.

Humans cannot synthesize vitamin C internally. We need citrus, tomatoes, peppers, kiwi, Orange juice and other vegetables to function our neurotransmitters, protein metabolism, our immune system, and for proper antioxidant and biosynthetic functions. Without this vitamin, we feel fatigue, inflammation of the gums, joint pain and other discomforts.

This vitamin regulates the calcium in the body, it is in charge of maintaining the strong bones and a correct movement of the muscles; Aid in immune functions and reduce inflammation. It is found in salmon, tuna and other fatty fish. In addition, our body can produce it when the skin is exposed to sunlight. Its deficiency, in addition to weakening bones and muscles, has been linked to sleep and tiredness during the day.

Symptoms of iron deficiency include fatigue, weakness, poor performance at school and work, poor cognitive and social development during childhood, difficulty maintaining body temperature and poor immune function. According to the World Health Organization, iron deficiency is the number one nutritional disorder in the world.

Magnesium helps regulate more than 325 enzymes in the body. Failure can result from loss of appetite, nausea, vomiting, fatigue and weakness until numbness, muscle contractions, abnormal rhythms of the heart, seizures and spasms. It is found in legume, vegetable nuts and whole grains, however, changes in agriculture have caused that, in this last century, the levels of magnesium intake were reduced by half.

It is estimated that 15% of the general population is deficient in this vitamin. Symptoms include anemia, fatigue, weakness, and constipation, loss of appetite and weight, neurological problems, tremor in the hands, difficulty in maintaining balance, depression, confusion, dementia and poor memory. Vitamin B12 is found in fish, meat, chicken, and eggs, dairy and, for vegetarians, in fortified cereals or some yeast products.

Note: some of these nutrients have limits; abuse of supplements can lead to adverse consequences. If you think you are suffering from a nutrient deficiency, consult with a nutritionist before you overeat with supplements.