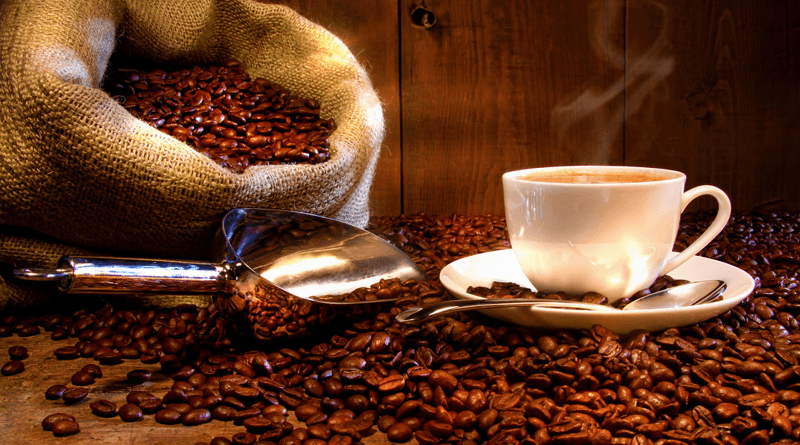 Drinking coffee can help us improve our mood and fight depression as well as being able to delay the onset of degenerative diseases.

Coffee is the second most consumed worldwide, after water, drink it its unique flavor and stimulating effect have conquered the palates of millions of people throughout history.

Until only a few decades came to say that consumption caused serious side effects due to its high caffeine content.

However, thanks to research carried out in recent years, it was determined that ingesting moderately have many benefits for the body due to its remarkable nutritional richness.

Today many will include regularly in their diets but do not know all the benefits that give your body; besides, some people continue to think that should exclude it from their diet because it can be harmful.

To make clear that this is a food with amazing qualities, then we will reveal in detail those reasons that everyone should take.

1.It is rich in antioxidants

One of the major benefits provided by this drink is its high content of antioxidant compounds, in fact, are more assimilated by the body compared to those that provide fruits and vegetables.

These are powerful molecules whose primary function is to inhibit the oxidative damage caused by free radicals, responsible for chronic diseases and premature aging.

This is perhaps one of the most popular benefits of coffee, as has always been the “boost” for those who work or study overtime.

Caffeine, one of its main assets has a stimulating effect on the brain that helps increase concentration and performance.

3.Reduce the risk of type 2 diabetes

It is estimated that there are over 300 million people struggling with the problems caused by type 2 diabetes worldwide.

This chronic disease, characterized by high levels of blood sugar, can be prevented with moderate consumption of coffee.

In the study conducted by the American Chemical Society it found that people who take up to 4 cups of coffee decreases between 23% and 50% risk of developing this disease.

The liver is the organ responsible for carrying out important tasks for the health of the whole organism; however, sometimes it deteriorates and develops chronic diseases such as hepatitis or fatty liver.

According to an investigation led by the Graduate School of Medicine Duke-NUS (Singapore) ingesting four cups of coffee reduces the chances of fatty liver.

In another study published in the year 2006 it showed that those who drank at least one cup of this drink a day were less likely to develop cirrhosis.

5.It increases the sense of wellbeing

The National Institute of Health in the United States found through a study that people who drink coffee have prudently a 10% risk of suffering depression or a picture of negative emotions.

The antioxidants and other essential nutrients reduce the risk of degenerative diseases like Alzheimer’s or dementia.

A study by researchers at the University of South Florida and the University of Miami found that people over 65 who had higher levels of caffeine in the blood took two to four years to develop Alzheimer’s compared to those not taking the drink.

Although this cannot protect against the disease when it is already in development, take moderately significantly delayed onset.

It is an ally of beauty. Both consumption and direct application has interesting benefits it has to do with aesthetics.

After proving to be a great complement to combat cellulite and the accumulation of dead cells, several companies in the cosmetics industry have decided to take it as a basis for developing their products.

Its caffeine applied topically promotes circulation and protects against early onset of wrinkles and blemishes.

As you may notice, this natural drink is an excellent support for diet and health. The important thing is to ingest in appropriate amounts, provided they do not have intolerance to caffeine.