Anatomy and Function of the Spinal Cord 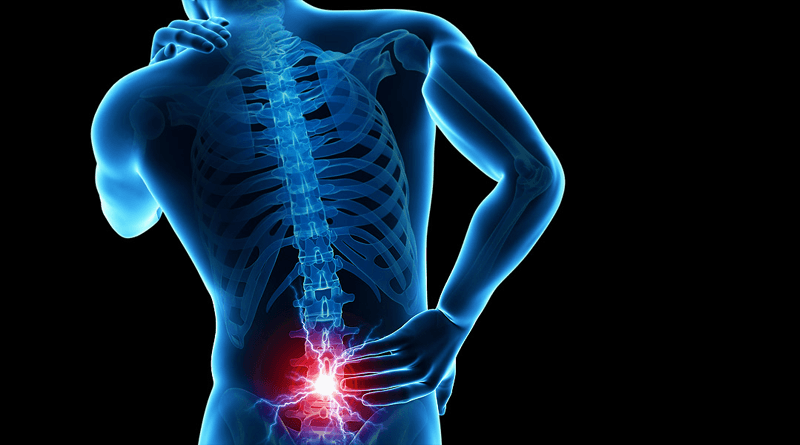 The spinal cord runs along and inside of the spine, which protects it. It has about 43 cm long and is about as wide as a finger.

It begins in the occipital foramen magnum and Atlas- among the bones and the first cervical vertebra, and reaches the second lumbar vertebra. From there it extends through the terminal filament to the coccyx, where a large number of nerve branches, called horsetail form taken by the cluster. Unlike the brain, the outside of the bone is composed of white matter, and inside, the gray.

Physiologically, the spinal cord is the conducting path of impulses to and from the brain, and is also the center of reflex movements.

There are 31 pairs of spinal nerves, which are those that originate in the spinal cord and exit through the foramina formed by the union of two neighboring vertebrae. There are eight cervical nerves, twelve thoracic, five lumbar, five sacral and coccygeal.

These nerves that connect bone to the rest of the body, are grouped into five entangled networks are known as plexes,according to its location: cervical, brachial, lumbar, sacral and sacrococcygeal.

Like the brain, the spinal cord is made up of a gray substance found in the center and a white that surrounds it.Gray matter contains nerve cell bodies and is organized into four antlers or roots: two dorsal, receiving information through sensory neurons distributed throughout the body, and two ventral horns, which contain the cell bodies of motor neurons that transfer message to the skeletal muscles. The white matter consists of axons of neurons that are grouped into two types of routes: ascending, which transmit signals on the perceptions of the body to the brain, and descending pathways, which emit nerve impulses from the brain to the spinal cord, and then from there go to skeletal muscles, producing voluntary movement.

The bone has three main functions:

– Carries information between the spinal nerves and brain.

– Transmit, through the spinal nerves, nerve impulses to muscles, blood vessels and glands.

Protection of the spinal cord

It is protected by the vertebrae (cervical, thoracic and lumbar) spine and its supporting ligaments and meanings. It is also protected by cerebrospinal fluid (transparent substance that covers the brain and spinal cord), which acts as a shock absorber, and the epidural space, occupied by a layer of fat and connective tissue located between the periosteum (thin covering bone) and the durra (outer layer of the meanings).

The spinal cord is protected by the following: bone segments of the spine (cervical, thoracic and lumbar), supporting ligaments, cerebrospinal fluid (it acts as a shock absorber), epidural space (a layer of fat and connective tissue located between the periosteum, which is a membrane covering the vertebral bone) and the durra (outer layer of the meanings).

The spinal cord can be injured in an accident. If broken or crushed, the body tends to be paralyzed from below the point of injury.Damage to the middle (thoracic vertebrae) or low (lumbar vertebrae) of the spine cause paraplegia or paralysis in the legs; injuries to the neck (cervical vertebrae) cause quadriplegia (paralysis of all four limbs).