Causes and Symptoms of Myocardial Infarction 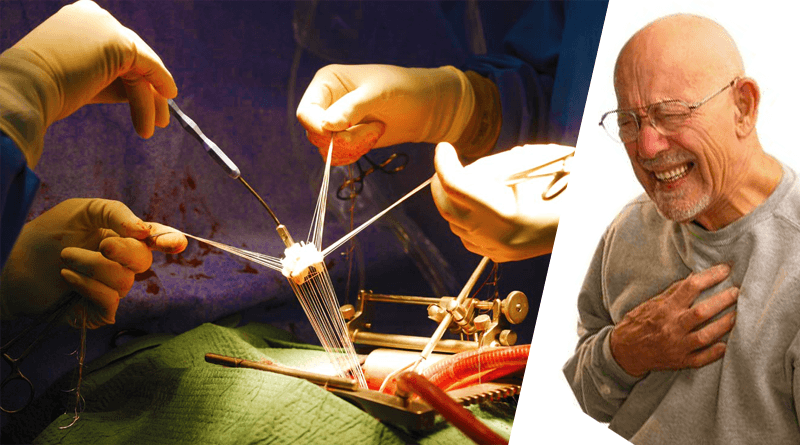 Myocardial injury due to myocardial (heart muscle) due to lack of blood supply.The term stroke refers to the existence of a zone of dead tissue resulting from the absence of oxygen.

Myocardial usually occurs when a blood clot blocks the flow of a coronary artery. These arteries are part of the heart and circulatory system is responsible for nurture. When sick or injured, the condition is called coronary artery disease.

Most often, the cause of the problem clot has formed in a coronary artery narrowed by the buildup of cholesterol and other fatty deposits, forming the so-called atherosclerotic plaques. These cover plates may crack and expose the innermost part, which causes the body responds by forming a blood clot to plug the injury. If the clot blocks the circulation for more than twenty minutes the heart attack occurs.

For myocardial infarction occurs, this obstruction in the circulation must occur quickly and suddenly. Conversely, if the artery is blocked gradually not a heart attack will occur, because the heart creates new blood vessels which nourish, and the problem is manifested as angina (where there is chest pain too, but does not occur heart injury from lack of oxygen).

At other times, the infarction may be due to spasm of a coronary artery, that is, the spontaneous closure of the vessel; and also it could be caused by the occlusion of an artery of a heart embolus (blood clot that comes from within the heart).

Certain facts favor the origin of a heart attack, among them is:

There are several signs and symptoms that are going to indicate that we are suffering a heart attack. It is important to know what it feels like and when to identify this situation and go urgently to a medical center or call for help.

The main manifestation of heart attack is chest pain whose characteristics are important to know to detect and act quickly early, if it occurs.

The pain is often described as an oppressive and intense feeling that is located in the thorax (chest). Patients sometimes express it as a shell tightening their hearts; sometimes they describe it as a burning sensation, or even imminent death.

This pain does not always appear in the chest; other places can be located are in the stomach (often confused with indigestion), arms, back, jaw or neck.

Often this feeling is accompanied by weakness, sweating, nausea or vomiting, and anxiety.

The onset may occur while the person is at rest, or even during sleep, causing them to wake up. It could also occur, although less frequently, after performing an exercise, but is interrupted when the pain does not go away (unlike angina).

Importantly, some patients suffering myocardial silently; i.e. do not exhibit the previously described frame and the diagnosis is belatedly on performing tests for any other reason. At other times, as in the elderly and diabetics, pain that appears does not have the typical characteristics, often delaying the diagnosis of stroke.

In some people, the first manifestation of heart attack is the feeling of breathlessness or choking, accompanying or no chest pain. There is also a small group of patients whose only symptom is sudden fainting.

Physical examination varies widely in myocardial infarction. While it is in pain, it is common that the patient is pale, sweaty and nervous, trying to appease their pain with frequent changes of posture. The pulse of these patients is usually faster than normal.