Causes and Symptoms of Sciatica 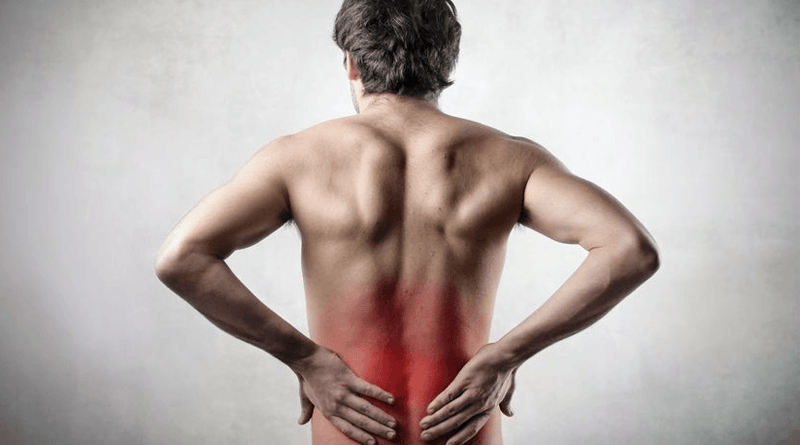 It is called sciatica irritation of the sciatic nerve that causes the patient feels pain in the lower back, pain that extends to the back of one leg, and can reach toes sometimes. Sometimes the irritated nerve is not exactly the sciatic nerve pain affects the side or front of the leg, but usually keeps the name of sciatica or sciatica attack in the vernacular.

It is one of the most common causes of medical consultation and sick leave among middle-aged men. The pain can last several days and incapacitates the sufferer.

Irritation of the sciatic nerve is compressed when anybody that is in its path. The roots of this nerve arise from the spinal cord exit through the vertebrae and fuse to form the nerve, which is as wide as a finger (the human body’s largest nerve). From there down to the leg behind the buttocks, thigh and knee, innervating all muscles located along the way and the skin of his journey to get to the outer edge of the foot.

The most common causes of sciatica are:

Spinal disc herniation: it is by far the most common cause of sciatica. Spinal discs lie between the vertebrae and cushion the friction produced between them because of the movement, causing the spine to be flexible. Its interior is viscous and, over time, may protrude (move) out of the own disc to the spinal cord, which compresses the sciatic nerve roots of one side. The herniated disc usually occurs in adult men who perform work which carry weight, and are also common in overweight men.

Lumbar canal stenosis: it happens in older people. The spinal cord is protected by the bone tunnel formed by the vertebrae, and over time this channel can be narrowed due to osteoarthritis, mainly. The lowest part of the back, lumbar region, ie, usually the most affected area, and sciatica occurs when compressed nerve roots. In this case the sciatica can occur simultaneously on both sides of the body and its main feature is a progressive pain appears while walking, which disappears shortly after sitting or leaning forward.

Piriformis syndrome: The piriformis muscle attaches to the pelvis and femur, so that when it contracts on the leg. Typically, the sciatic nerve passes under the muscle, but there are those in which the nerve passes through the muscle (about 10% of the population). They can be formed in the piriformis muscle contractures that compress the sciatic nerve; this happens mostly after injuries limited walking.

Fractures: logically, any fractured bones located in the path of the sciatic nerve can alter its route and compress. However, the first concern in these cases is the fracture itself.

Tumors can compress the sciatic nerve to grow unchecked. The tumor that most commonly causes sciatica is chondrosarcoma in the elderly. Fortunately it is not very common. It can also cause sciatica by a pancreatic tumor invading the spine or because of vertebral metastases, but more often only cause lumbago.

Paget’s disease: This disease often has no symptoms, but is more widespread than thought among the elderly. Is the formation of bone out of control without becoming a tumor? The pelvis is the most affected bone grows slowly and may compress the sciatic nerve.

Pregnancy: During pregnancy the uterus compresses internal organs of the pelvis and this causes muscle contractions that promote sciatica.

The main symptom of sciatica attack is pain, although this can vary greatly in intensity and characteristics. It can range from a dull ache that lasts for several days until pain that appears almost suddenly and with great intensity and prevents the patient to move the chair. In any case, the pain always affects one side, from the buttocks to the knee, calf or foot. Often, moreover, it is accompanied by pain in the lower back, which doctors call “sciatica”. The pain may increase with movement (sitting, standing …) or by increasing the pressure inside the abdomen (cough, defecate …). It may also appear at bedtime or upon waking in the morning lying in bed, but not often disrupt sleep in the middle of the night.

This pain may be associated with alterations in skin sensitivity innervating the sciatic nerve. Usually tingling and numbness occur in the same areas where there is pain.

Other common symptoms include muscle weakness and decreased muscle reflexes. The sciatic nerve being damaged cannot properly innervate the muscles and movements of the hip and knee are limited. Therefore, people with sciatica cannot walk off or get out of bed on their own.

We can speak of”inverted sciatica“. In this case the sciatic nerve is not compressed but does the uppermost nerve roots forming the femoral nerve. The pain then appears on the front of the thigh to the knee coming, sometimes even near the groin. You can also weaken the knee extension.