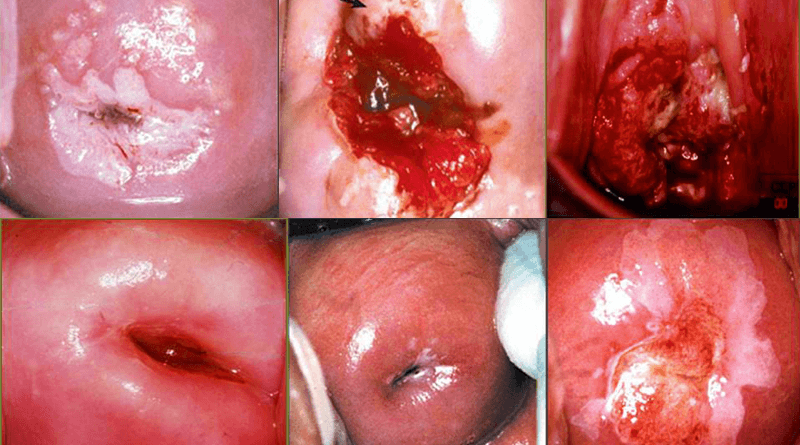 The lower region of the uterus that forms the channel leading to the vagina is called Cervix. Ectocervix covers the conduit or cervical canal leading into the cavity of the cervix, is called endocervix.

In this cancer, most of the tumors arise in the area where it joins with the endocervix ectrocérvix resulting squamous cell carcinomas.

Cancer occurs when normal cells of the cervix start to change and grow uncontrollably.

This cancer is more common in women between 40 and 55 years old. Today, it is the sixth most common cancer in Spain, behind breast, lung, colorectal, endometrial and ovarian cancers. In fact, as explained oncologist Isabel Bover, of the Spanish Society of Medical Oncology (SEOM), this type accounts for 3.7 percent of all female cancers, although its incidence varies by province.

The reasons that there is variation between provinces is due to the cultural differences of the population, such as sexual habits, the difficulties in developing screening programs or the greater or lesser number of pairs of women.

Globally, the areas with the highest mortality fall in Latin America, Africa and Southeast Asia.

The risk increases between the late teens and mid-30s. With 40 years the possibility of developing it remains so from society recommend continuing Pap tests and checkups for early detection.

Other factors that could cause this type of cancer are:

Snuff consumption: Women who smoke are twice as likely to develop cancer than nonsmokers.

Women who have a weakened immune system by the use of drugs used in other diseases, as well as treatment for HIV or other types of cancer.

Almost all women have no symptoms in the early stages of this cancer. Isabel Bover oncologist indicates that symptoms do not appear until it has spread to other tissues.

The demonstrations that women may have are:

Spotting or light bleeding between periods or after it.

Having a long and heavy menstrual bleeding than normal.

Bleeding after intercourse or during the pelvic exam by a gynecologist

The specialist said that when these symptoms occur, and although resemble other less serious diseases; they should see a doctor to notify as soon as possible.

Prevent this type of cancer is possible through early detection of cellular changes in cytology and administering the HPV vaccine.

Currently there are two forms of the vaccine marketed:

Gardasil prevents the appearance of high-grade cervical dysplasia, cervical carcinomas, vulvar and vaginal dysplastic lesions of high grade and genital warts caused by HPV types 6, 11, 16 and 18. These two HPV types cause 70 percent of deaths from this tumor.

This vaccine to girls and women ages 9 to 26 years being one hundred percent effective in those who have not had sex and, therefore, have not been exposed to the virus is directed.

The European Medicines Agency (EMEA) established that its use was contraindicated for patients with acute coronary syndrome, such as angina or myocardial infarction. It is also not recommended for people with ischemic heart disease and / or peripheral arterial disease, and its combination with insulin should be given only in exceptional cases.

“This vaccine is given as three intramuscular injections over a period of six months. The need for revaccination will depend on the results of studies, “said Bover.”There is proof that HPV immunity lasts a minimum of 3-5 years.”

Cervarix is ​​also indicated for the prevention of premalignant cervical lesions and cervical cancer causally related to HPV 16 and HPV 18 and offers cross-protection against HPV types 31, 33 and 45.Induces antibody levels an order of magnitude greater than those encountered after natural infection in women aged up to 55 years, although the level of antibodies in the blood is higher in the age range between 10 and 14 years.

Among its characteristics, it presents an innovative AS04 adjuvant system, which gives great power and duration to immunization. It consists, like Gardasil, three doses, purchased at the pharmacy.

Depending on the origin of the tumor, there are two types of cervical cancer:

Squamous cell carcinoma: Present in the ectrocérvix and thelower part of the vagina. This type occurs in 85 percent of cases.

Adenocarcinoma: It originates in the cells in the cervical canal, into the cervix. It appears in 15 percent of situations.

Pap tests (Pap) can be detected accurately and inexpensively to 90 percent of cervical cancers, even before symptoms appear. Consequently, the number of deaths from the disease has dropped by more than 50 percent.

It is recommended that women make their first Pap when they begin to be sexually active or from 18 and to repeat it on once a year. If the results are normal for 3 consecutive years, then the test can be spaced and do it every 2 or 3 years, provided that the habit of life has not changed. If all women undergo Pap periodically could be eliminated deaths from this type of cancer. However, nearly 40 percent of women in developed countries do not test done regularly.

If a lump is found, an ulcer or other suspicious formation on the cervix during a pelvic examination, or if Pap results indicate a failure or cancer, must perform a biopsy (removal of a sample of tissue for examination under a microscope).

The tissue sample is obtained during a colposcope, therapeutic intervention in which a viewing tube with a magnifying lens (colposcope) is used to examine the internal cervix carefully and choose the right place for biopsy.

Two kinds of biopsy performed: punch biopsy, in which a tiny portion of the cervix visually selected with the colposcope and endocervical curettage, the tissue in the channel is scraped neck visually inaccessible extracted. Both procedures are painful and cause some bleeding a little, but together usually provide enough tissue for the pathologist to establish a diagnosis.

If this is not clear, conization, in which a larger amount of tissue is removed, is performed. Usually this is done by biopsy LEEP in own doctor’s office.

Once the diagnosis has been established, it must determine the size and exact location of cancer (i.e., staging is performed). The process begins with a physical examination of the pelvis and several tests (cystoscopy, chest radiography, IVP, sigmoidoscopy) to determine if cervical cancer has spread to other nearby structures or more distant parts of the body. Also, other tests an enema with barium and x-rays of bones and liver, depending on the characteristics of each case can be made, such as a CT scan.

According to the oncologist Isabel Bover, the choice of treatment will depend on tumor size, location, and condition of the patient and whether to have children.