Diagnosis Treatment and Prevention of Sciatica 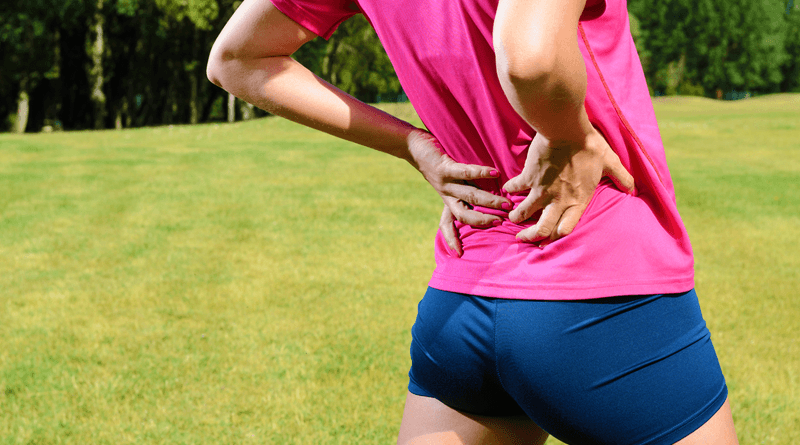 Sciatica, which occurs due to irritation of the sciatic nerve is very painful and can last several days, leading to incapacitate the patient. Learn how to prevent their occurrence and reduce their discomfort.

Lesage Maneuver: with the patient lying on his back leg straight on the affected side rises. When the pain increases before rising more than 60 indicates to the sciatic nerve, which is stretched when performing this maneuver. It should be performed on both legs to make sure the pain affects only one of the sciatic nerves. In elderly people it is difficult to carry out this maneuver, since they often have problems with hip joint and causes pain more easily, increasing the number of false positives.

Braggart maneuver: Performed after the maneuver Lesage and consists of the same movement, but when you reach the point where we stop the pain appeared more leg lift and push the foot flexing the ankle. If pain supports the suspicion of sciatica.

Exploration of Sensitivity: the doctor can check the effect on the sensitivity of the skin innervating the sciatic nerve always compared with the unaffected side.

Exploration of Muscle Strength: just as the doctor compares your sides to see the lost muscle strength. A simpler method is to make the patient walk. Sciatica usually prevent tiptoe or heel, as the muscles that allow it not have sufficient strength.

Exploration of Tendon Reflexes: when given a sharp blow tendon reflex contraction of the muscle they belong occurs. This happens because the nerves that make this reflection are healthy and sciatica can disappear during their ability to contract. The reflection that the doctor can see more often diminished during an attack of sciatica is a reflection of the Achilles tendon in the ankle. In the inverted sciatica knee jerk it will be affected.

To relieve the pain caused during an attack of sciatica treatment consists of:

Analgesics and anti-inflammatory to calm the pain. They are usually taken every eight hours during the day throughout the episode. After it recommends lowering the frequency of shots but continue the medication for up to two weeks.

Relative rest, i.e., the patient can move but should not make efforts not walk long distances. The rest is not recommended in bed once the pain is alleviated with analgesics.

Corticosteroids: should only be given in situations where the anti-inflammatory are not enough.

Apply cold in the lower back or buttock affected the first two days of pain. So inflammation accompanying nerve compression is reduced. The cold is applied for 10-15 minutes and always indirectly, by covering it with a cloth ice.

Apply heat the following day with an electric blanket, bag or hot water bath. Should not exceed 20-25 minutes of application. Relieves pain and is most effective when the pain is accompanied by muscle spasms.

Massage lower back; they have the same effect as the application of heat. The trainees should be performed.

If after two weeks the patient still has pain should see a doctor, which will increase the treatment of sciatica adding more powerful muscle relaxants and painkillers, which should end the problem in two weeks at most.

The prognosis of sciatica is very good, although the pain can last several days. Actually the treatment only helps relieve pain and sciatica goes away by itself in two weeks at most. This happens most of the time. Similarly, sciatica reappears in most patients who suffer.

There are warning signs that require a doctor to perform further tests to rule out tumors, nerve damage or other serious causes of sciatica. These signs are:

Having more than 50 years and not have suffered previous attacks sciatica.

Do not respond to treatment after four weeks.

Progressive increase in the area without sensitivity

Before any of these signs you should perform a blood test, an x-ray of spine and MRI. These tests can identify specialist serious causes or propose a definitive treatment.

When the cause of sciatica is a herniated disc but attacks occur frequently or the patient have any of the warning signs above, it should be assessed neurosurgery, where the vertebral disc (lumbar discectomy) is removed.

To prevent sciatica the best measures that can be taken they are:

Playing sports that favor the development of lumbar muscles, such as swimming or tennis. Yoga can also help maintain good muscle tone.

No bending at the back, but bending your knees with your back straight.

Do not carry large weights.

No adopt poor posture while you are sitting at a desk or driving. The lumbar region must always be supported by the back or on a cushion. Flexible but rigid sleep in mattresses, so that the spine is always one a straight position.