Different Types of Vinegars and their Uses 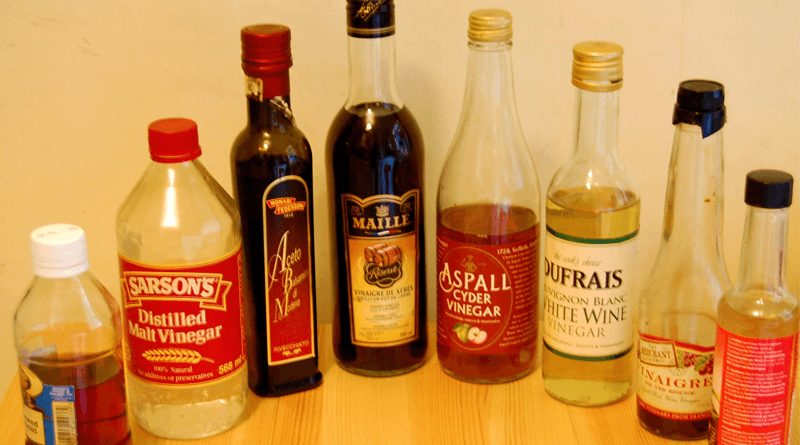 Importantly, those who have liver problems should avoid drinking vinegar though minimal alcohol content can be harmful.

When we prepare a recipe or let the market see that there are different types of vinegar. But we know what each one or that is indicated as our menu!

So in this article I want to tell the characteristics so that you can differentiate and find the best for you.

What to know about vinegar?

Vinegar is one of the most widely used spices in the kitchen and gives the food a special and unique flavor. The aroma is also recognizable by all.

Used since ancient times not only to flavor dishes to preserve food but also because it has the ability to prevent microorganisms from proliferating.

The process of making vinegar is made up of two fermentations: the alcoholic and acetic. Please note that the main compound of this dressing is acetic acid and is in a proportion of between 5 and 6%.

The yeasts used to make vinegar are the same which are added in other foods and convert sugar into alcohol. When subjected to the second fermentation bacteria produce acetic acid and result in quite aromatic liquid that we use for our salads or canned.

Each area of ​​the planet has vinegar par excellence.

In Spain, the wine

In the United States, the cereal

In Latin America, the cane alcohol or apple

There are many types of vinegar that can be used as food or menu we want to prepare but also depending on our particular taste.

The main difference between them is the raw material used for processing. Secondly, the concentration of acetic acid containing.

What are the types of vinegar available?

Pay close attention to the options that we can get on the market or in a shop. If there is any type not sold in your city you can always find at a local foreign food.

It is the most used in homes. It is almost transparent color and distilled before all of the alcohol has been converted to acetic acid. It has a strong and pronounced taste.

It is made with cane sugar, molasses or corn. It is used for packaged sauces and pickles.

It is obtained by fermenting the grapes and wine. It is used in dishes from all over Europe, but especially in Italy and France. It can be red or white wine. In the first case, it is used to enhance the flavor of meat and, second, to sauces like hollandaise and mayonnaise.

It is a brilliant tone and a special taste. It is perfect with carpaccio, gazpacho and to make a sauce for red meat stews (combined with honey).

Apple cider vinegar (made from apples). It is quite consumed, and its flavor is more delicate and smooth. It is made from pulp or fruit juice. The sugar is converted into alcohol and then into acetic acid.

Another option is to cider or apple juice when fermented.

It is used to give a different taste to fish, salads, white meats and soft sauces. Some people used in seafood dishes and even desserts. And also serves as a cleaning article!

For “gourmets”, balsamic vinegar of Modena, of Italian origin, is greatly appreciated. It is made with the juice of boiled grape with high sugar content and then is aged between 6 and 12 years.

It is very sweet and very dark. Used by chef’s salad and red sauces, and dessert with strawberries and peaches.

It is the most used in countries like Japan and China, and therefore is included in several of the dishes from this region. It is soft and sweet taste. The color varies from white to golden to reddish.

If rice was used alone or mixed with other grains such as millet, sorghum and wheat. It is used for sushi, seaweed seasoning or improving its taste for raw and steamed vegetables.

Also it is known as mead vinegar. It is obtained after the fermentation of honey and used for syrups and sweets.

It is made with the same recipe that apple cider vinegar or white but are added herbs that will provide a different and special flavor. It is recommended for sauces and salads.

It is popularly used in Northern European countries (Sweden, Finland, Norway, etc.) and the raw material used is barley. It is also used in the United States for its bitter and strong, ideal for some winter desserts flavor.