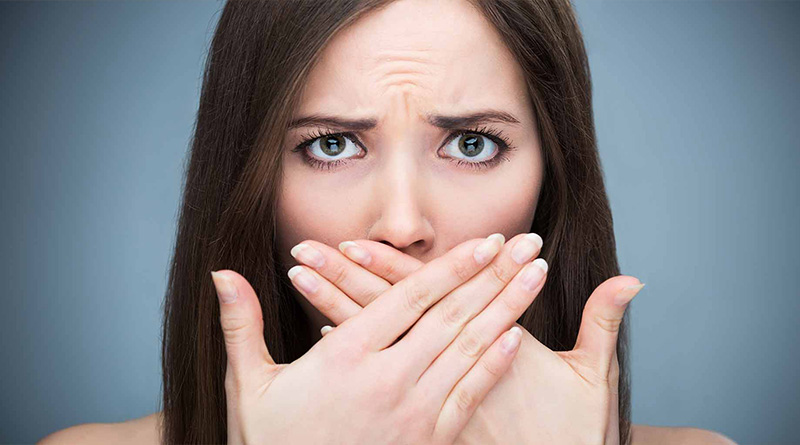 We always see in commercial men and women with “fresh breath” after using a dentifrice in particular. But you need not spend much these products do not always contain very healthy ingredients. So if you suffer from halitosis, please read the following article, where you will learn homemade recipes to combat bad breath.

The medical name for bad breath is halitosis and is more common than you think, because it affects the vast majority of the population, at least at some point in life. The bad smell in the mouth can occur for various reasons, but the most common is a lack of hygiene in the oral cavity, which helps the growth of bacteria, which causes a process that generates an unpleasant odor.

It is also related to bad breath shortage of saliva and dry mouth. Salivary glands secrete this fluid, which is generated by 99% water, with antiseptic properties and while kept clean mouth.

It is really very unpleasant halitosis, both for the sufferer and for those who are around. Sufferers often too embarrassed or shy to talk to other people, because they feel dirty or guilty.

The consumption of some foods, like coffee, alcohol, garlic or onions, as well as smoking, “help” to have more odor in the mouth. There are also drugs that have as one of its side effects decrease the production of saliva and dry mouth is synonymous with bad breath.

Another cause can be a diet low in carbohydrates. These nutrients are found in pasta, breads, rice, bread and vegetables and serve for the body to use fat to take the energy it needs.

But the most important and common reason is undoubtedly the proliferation of bacteria. When they are in excess in the mouth, induce the formation of plaque on the teeth, producing acids and volatile compounds responsible for the odor.

These are the best bad breath treatments: