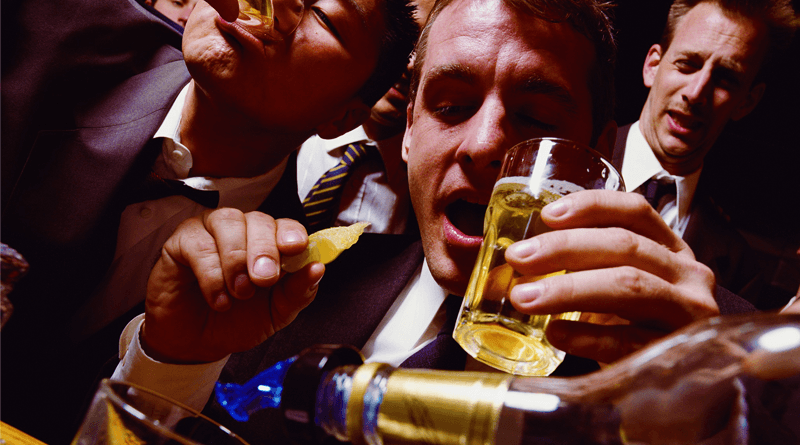 It is a central nervous system depressant that slowly freezes the operation of the higher brain centers, causing behavioral and emotional Disinhibition. It is not a stimulant, as is sometimes believed: the initial euphoria that causes is that the first inhibitory action occurs on brain centers responsible for self-control.

Alcoholic beverages are basically classified into two groups, depending on the preparation process:

Fermented beverages: They come from the fermentation of the sugars contained in various fruits (grapes, apples, etc.) are characteristics of this group beer, cider and wine. Its alcohol content is between 4 and 12. Its discovery was accidental, as a result of natural putrefaction of stored fruit.

Distilled beverages: They are debugging fermented beverages to obtain higher concentrations of alcohol. These are beverages like vodka, gin or rum, ranging between 40 ° and 50 °. The distillation was invented in the seventh century by the Arab alchemists, from whom its name from al-kohl substance.

Alcohol consumption is measured in units drink (UB). A UB is equivalent to 8-10 grams of pure alcohol.

Psychological Effects depending on the dose, different effects may be experienced:

The effects of alcohol depend on the amount present in the blood (BAC, measured in grams per liter of blood):

1 g / l: Disinhibition and difficulties to discuss and coordinate movements

1.5 g / l: drunkenness, with loss of control of the higher powers

5 g / l: death by paralysis of the respiratory centers and vasomotor

The diseases that may be related to alcohol abuse are:

A behavioral alcohol level was found to originate great violence and aggression manifested in street fights or domestic violence.

Alcohol acts ‘inhibiting the inhibitor’ so that when acting under its effects is likely that preventive having sex (condom use) measures, thereby increasing the risk of HIV infection are adopted.

Alcohol consumption is associated with reckless and negligent driving, so many accidents occur because drivers had been drinking above the levels tolerated by law.