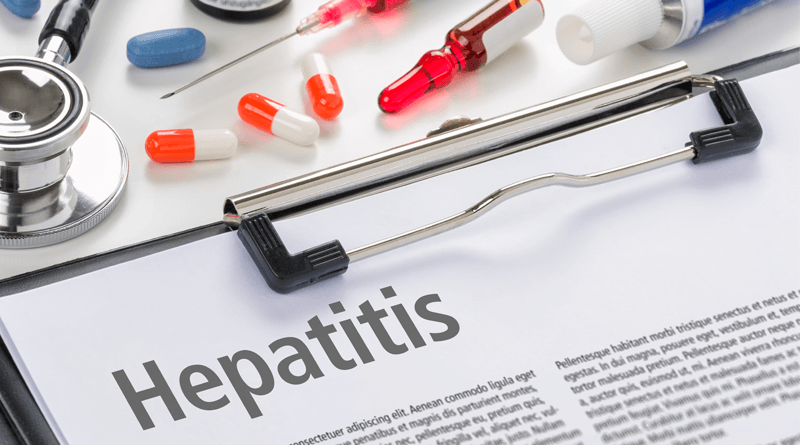 In the liver there are carried out numerous functions critical to the proper functioning of the body. All blood from the stomach and intestines passes via liver. There, nutrients and drugs (toxins, drugs, etc.) are transformed into more easily assimilated by the body or excrete compounds. This body also synthesizes bile, a substance that is accumulated in the gallbladder and discharged into the duodenum after food intake, to aid digestion of fats. These and other functions of the liver can be altered by the appearance of an inflammatory process that is called hepatitis.

Hepatitis is, therefore, an inflammation of the liver that may be due to various causes, but is generally a virus responsible for the condition. Among the consequences of poor liver function include:

Deficit in the production of proteins, which may result in fluid retention

Hypoglycemia, due to alterations in glycogen storage, which is one of the functions performed by the liver. Glycogen is converted into glucose when the body needs it, but if the reserves are not sufficient may occur a decreased level of blood sugar of the patient, what is known as hypoglycemia.

Deficiencies in the metabolism of substances such as drugs, alcohol and toxins, making it difficult to remove these substances have harmful effects on different organs.

Decreased ability of the body’s defense against bacteria and viruses due to the malfunctioning of certain liver cells, which act by destroying precisely these germs and, by not performing their duties properly, they make it easier for bacteria and viruses from the abdominal area They are spreading through the bloodstream.

Causes and types of Hepatitis

Hepatitis is a disease that causes numerous known:

Also called infectious hepatitis; this variant is produced by the hepatitis A virus (HAV). Its transmission occurs by consuming water or food contaminated by faeces containing the virus foods, and also spread from person to person, especially if hygienic conditions are poor.

It is a generally mild type of hepatitis especially when it occurs in children; in fact, many times no major symptoms are perceived, so that the disease does not become diagnosed. When symptoms, these consist of fatigue, jaundice (the skin has a yellowish color), loss of appetite, nausea and vomiting, and dark colored urine. The symptoms are usually more severe in adults than in children. The condition is not chronic and does not harm the liver permanently, although on rare occasions may arise a complication called fulminant hepatitis, which can be fatal.

Hepatitis B or serum hepatitis; It is produced by the hepatitis B virus (HBV). The disease is spread through infected body fluids such as blood, semen, vaginal secretions, saliva, tears and urine. Transmission typically occurs:

Hepatitis B tends to become chronic with ease, although some patients are cured completely and become immune to the virus, so no re-infected. Liver disease type B is considered acute if the infection is maintained for a period of less than 6 months. If after that period the virus remains in the body of the individual, it is then regarded as a chronic course, which does not necessarily imply the presence of symptoms (asymptomatic carriers are an important source of infection, since not being aware that have the disease, they do not take steps to prevent transmission). You can distinguish two types of evolution in chronic course of the disease: stable chronic and persistent or chronic active latter has a worse prognosis and usually leads to cirrhosis.

Caused by the hepatitis C virus is transmitted by direct contact with the blood of an infected person. Its main modes of transmission are usually:

Like hepatitis B, the C form of the disease has an acute course and a chronic course, being the latter that usually develops more frequently (85% of cases). In most cases the patient is asymptomatic, although the disease can progress slowly, so there is risk of cirrhosis and liver cancer.

When simultaneous HBV and HDV infection occurs the patient suffers from acute symptoms (jaundice, fever, malaise, etc.) that can become very serious. If you exceed the acute phase most likely get control both infections and, therefore, cure both diseases. If the VHD infect a person already has HBV infection evolution is different. There is often a picture with severe acute symptoms, but the infection tends to become chronic VHD very often. HBV co infection and VHD acquired in this way often leads to liver cirrhosis in a few years, and is associated with a high risk of liver cancer.

Autoimmune hepatitis is a type of chronic progressive hepatitis of unknown origin. It occurs mainly in women and is characterized, among other things, by the presence in the liver of patient antibodies, which do not recognize as their own liver cells and, to confuse them with strange and harmful to your body, act destroying them.

Toxic origin hepatitis can be caused by the presence in the liver of various substances such as drugs, toxins, etc. The damage could occur by the alteration of one of the normally present in the liver enzymes, called cytochrome P450. Such alteration may lead to an increase of toxic products, or prevent the necessary elements for the degradation thereof forming. It can also happen that certain substances are recognized by the immune system as a foreign agent there to defend themselves, so that their liver cells and trigger attend the inflammatory response.