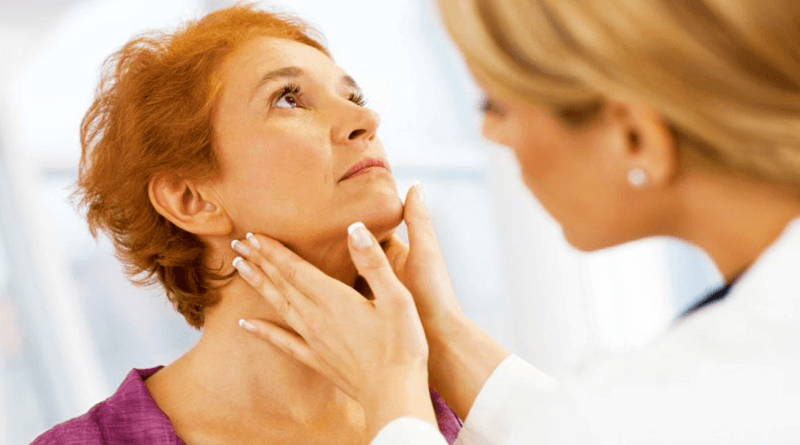 The increased levels of thyroid hormones in the blood results in the acceleration of metabolic activity of the organism.

These are some of the most common causes of hyperthyroidism:

The TSH hormone secreted by the pituitary gland in the brain is able to stimulate the thyroid gland to synthesize more thyroid hormones. A tumor may arise in the pituitary to secrete TSH control without causing a hyper functioning thyroid.

This autoimmune disease is the most common cause of hyperthyroidism. The condition is caused by an abnormal immune system response that results in the body’s defenses turn against the thyroid gland, but rather than destroy, create substances that stimulate the synthesis of thyroid hormones, just as the pituitary TSH. It is more common in women than in men.

When taking little iodine, or for unknown reasons, the thyroid gland increases in size to meet this lack and try to capture all possible iodine. To grow, the cells that form the gland multiply; sometimes the growth is uncontrolled and each cell forms nodules that produce thyroid hormone on its own without regulation.

It usually occurs within a multinodular goiter in which a lump of control further cell division and facilitating mutates to start synthesize thyroid hormones uncontrollably, as if an extra thyroid gland is formed.

A viral infection causes inflammation of the thyroid gland, which expels all reserves containing thyroid hormones and causes a sudden increase this blood. It mainly affects women between 30 and 50 years old. Associated with fever and pain in the jaw or ear.

Other causes of hyperthyroidism

Excess iodine can cause hyperthyroidism, but not enough to diet because large amounts usually come from the administration of medication or the use of diagnostic tests using iodine to make it happen are necessary.

Rare,but possible, ovarian Struma, which is a type of ovarian cancer formed by cells able to produce thyroid hormones without control.