Signs and Symptoms of Brain Tumor 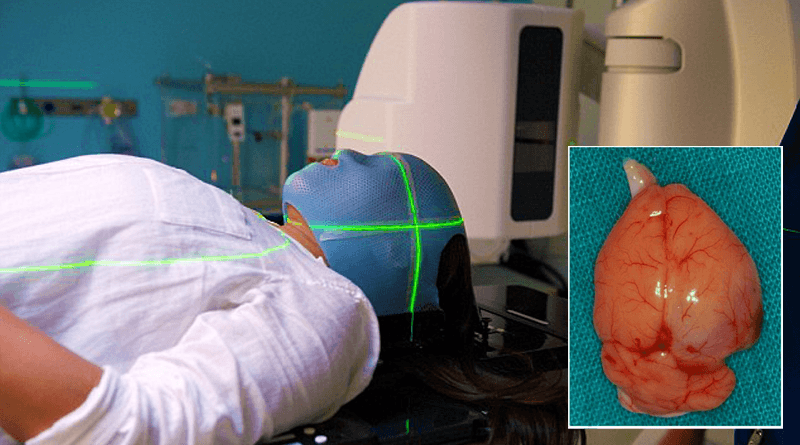 It is known as brain tumor mass growing inside the brain. Whether it originates in the brain itself is called the primary tumor, while the secondary is one that arises elsewhere in the body, mostly in the lung or breast, and that at some point has spread to the brain.

Malignant tumors grow faster; they are more aggressive and invasive life than benign. The main areas of the brain that tend to appear are the brain parenchyma, meninges, blood vessels, cranial nerves, glands, bones and remains embryonic. The tumor can cause brain damage invading neighboring tissues or pressing other areas of the brain due to its growth.

The brain is unlikely to expand (grow) to be surrounded by a rigid and closed bone structure is the skull. Therefore, when a tumor develops and grows, symptoms generally occur quickly and sharply. Symptoms vary depending on the area (s) concerned (s) and can be varied. A brain tumor can present with seizures (seizures) or with general symptoms such as lack of concentration, slowed thinking, changes of character or behavior (called cognitive), or with secondary symptoms due to increased intracranial pressure (sore headache, vomiting) and finally with more symptoms associated with tumor location such as changes in movement or speech, etc.

If the patient had a seizure (see below: convulsions), antiepileptic allow treat and reduce the risk of coming back. They can produce side effects and interactions (incompatibility) with other drugs, so use it with the advice of your doctor.To improve some of the different symptoms that can occur frequently using a medicine called dexamethasone reduces edema may appear surrounding the tumor and allows partial or complete improvement of symptoms. They can produce significant side effects as they are no longer needed must be removed programmatically gradually so your doctor will advise you in this regard.

Initial symptoms of a brain tumor depend mainly on the same location (see section Anatomy).

In tumors of the frontal lobes called disorders motor as paralysis of the face or limbs, slurred speech, impaired cognitive function (mood swings and inattention), behavioral disorders and personality and incontinence (loss may occur ) urinary and / or bowel.

In tumors of the temporal lobes may appear visually or hearing or balance or smell and taste disorders. Also language disorders or memory and emotional disturbances and behavior

The parietal lobes have a good separation of the remaining lobes causing more complex clinical manifestations. They may have various symptoms like visual disturbances or difficulty in recognizing objects or body parts or speech.

In tumors of the occipital lobes include mainly visual disturbances including blindness.

Many more specific locations can determine a large variety of symptoms that necessitate consultation with the doctor to determine its origin and necessary tests to be performed.

A seizure is a symptom that leads abnormal activity in the brain. It may appear as a result of a brain tumor but there are other causes that can trigger originate them and are not specific to a brain tumor as can occur in other diseases.

They can manifest themselves in different ways and intensities that can range from minimal movements of very short duration to situations involving loss of consciousness and / or totally uncontrolled movements. Also they depend on which part of the brain is affected. When seizures recur then the call epilepsy.They can be repeated suddenly even long after it appeared so generally but not always require extensive medical treatment and a way of life adapted. When this happens sometimes appears any signs (headache, change in behavior or other) we call aura and may announce the onset of a seizure and therefore help to control (stop eating if you’re doing sit if He is standing etc).

For all this it is important that our environment is so informed and remain quiet as most of the times do not need more care. If it is important to observe the patient and call the emergency if seizures are first appearance or breathing problems exist or do not yield quickly.

Treatment of seizures is mainly done with AEDs and serves both to treat them when they appear to prevent them. There are different types of medications and the doctor who will advise on how to take and to report side effects and lifestyle checks and kept by the patient. The control of the tumor by surgery is also a key treatment for seizures but may need to take medication whether the tumor is removed by surgery.

Medical treatment of seizures may require sometimes maintain adequate blood levels of medication or being taken to control or prevent so may be necessary to do blood checks. It is also important to know that antiepileptic drugs can interact (enhance or decrease) with other medicines.

The driving is generally prohibited in patients taking antiepileptic and situations such as bathing in the sea or swimming pool must be supervised.