Symptoms Causes and Treatment of Tonsillitis 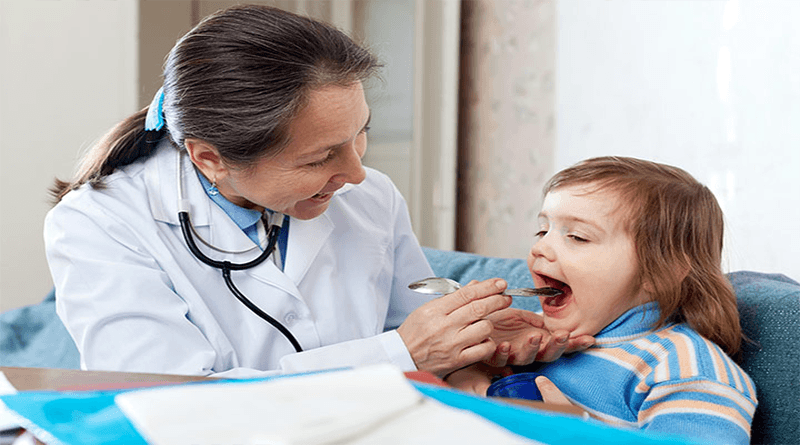 Tonsillitis inflammation of the Tonsils

Tonsillitis is a common disorder of the throat, which causes inflammation of the tonsils. Discover your symptoms, how to identify it, its causes and medical treatments used to cure it.

They are very different disorders that can affect the throat, from a simple and annoying pain after being caught cold, pharyngitis or tonsillitis up. In the case of tonsillitis, as its name suggests, is characterized by inflammation of the tonsils, which can be one or both.

Tonsils (known medically named tonsil) are masses of tissue shaped oval, fleshy and large, found in the lateral wall of the oropharynx, on each side of the throat). Some are clusters of tissue containing cells that produce antibodies useful and necessary in the fight against infection.

As regards self tonsillitis itself, we face an inflammation of one or more lymph tonsils, although from a medical standpoint this term is used to refer only to inflammation of the tonsils.

It is an infectious disease acquired by contagion. There are basically two modes of transmission: direct contact (for example, when exchanging saliva, or intimate contact with contaminated objects) or through the air (sneezing or coughing).

As a rule, tonsillitis symptoms are:

However, depending on whether tonsillitis has been caused by a virus or bacteria their symptoms tend to vary.

Symptoms of tonsillitis caused by viruses:

Symptoms of tonsillitis caused by bacteria:

Very reddened tonsils, with increased size and presence on the surface of small bleeding, white patches or pockets of pus

The most common cause of amigalitis is colonization of the amygdale by viruses that usually affect the respiratory tract. We can also meet with other viruses, such as the causes mononucleosis or HIV or herpes.

It can also be produced by tonsil colonization by bacteria that usually tends to come through respiratory tract, oropharynx or skin. The most common is the Strep throat, caused by the streptococcus bacteria.

Medical treatment will depend mainly on whether we have a tonsillitis caused by viruses or bacteria. However, as a general rule, it is advisable to take crushed food temperate (to avoid more harm in the throat) and at room temperature or cold drinks.

This treatment requires the use of a specific antibiotic against the germ that caused the infection. In addition, antipyretic analgesics-that mitigate the pain and reduce fever are used.

Treatment is primarily symptomatic, used for this antipyretics-analgesic that allows control of both fever and pain.