Breaking News
Home / Addictions / Use and Abuse of Heroin and Opiates

Use and Abuse of Heroin and Opiates 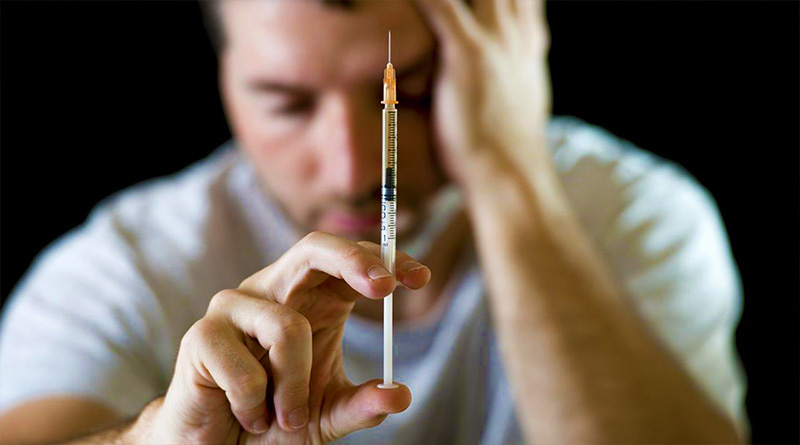 Heroin and other opiates are sedative drugs that depress the nervous system, slow down the functioning of the body and combat physical and emotional pain. In general, heroin block pain messages, creating a false sense of calm to slow down the organic functioning and increase feelings of pleasure in the brain. Therefore, the most usual effect of heroin is the feeling of relaxation, warmth and detachment, along with a decrease in anxiety.

Some consumers say the heroin makes them feel like they are floating, invincible, and others say they feel numb. These effects start quickly and can last a few hours, although they vary greatly depending on the dose and the way in which the heroine is administered.

This immediacy in the effects of heroin has to do with that when administered, the substance reaches the brain very quickly. But it means that heroin is highly addictive, that is, it produces a high number of addicts among its consumers.

The addiction to heroin (opiates) is seen by many people as a strictly social or character problem, and from these premises is usually characterize this substance addicts as morally weak or criminal tendencies. It is often believed, incorrectly, that heroin addicts would be able to stop consuming if they were willing to change their behavior.

On the other hand, many think that, as the addict is simply because you have decided to consume too much heroin, heroin addiction is simply too high consumption of heroin. But scientists, doctors and psychologists agree conclusively differentiate the abuse of heroin addiction. Research shows that addiction, unlike the use or abuse of heroin is not a matter of free choice. Addiction starts when heroin abuse, i.e. when the consumer decides “consciously” repeatedly administered heroin and usual. But it’s not just that. The heroin addiction involves entering a qualitatively and quantitatively different, a compulsive process Heroin and damage to brain tissue state level.

Therefore the heroin addiction, beyond moral or social considerations, is a treatable disease, an ailment. Addiction is a brain disease. Because heroin not only interferes with normal brain functioning creating powerful feelings of pleasure, but also has long-term effects on metabolism and brain activity. At one point of consumption or abuse of heroin, brain changes that convert abuse addiction in disease occur. Thus, heroin addicts suffer an intense craving for the drug (craving) and consumption cannot leave by them.

Although the mechanisms of addiction are not yet fully understood, it is known that tolerance and dependence can lead to it: when heroin is repeatedly consumed, the brain adapts and becomes less sensitive to this substance every time, so the dose should be gradually increased consumption to obtain the same effects. This is tolerance. On the other hand, when you stop using heroin, the consumer experience physical changes, that is, withdrawal symptoms, which disappears when it gets to consume heroin. These withdrawal symptoms occur because the brain has adapted to the presence of the drug (i.e., there is a neuroadaptation), and when Heroin is suddenly interrupted brain disorders that were masked by eating become evident. When a consumer becomes dependent on heroin, your body just works “normally” if you receive this drug.

Addiction implies, as noted, an intense and irresistible drug craving, compulsive seeking behavior of heroin. The use of this drug becomes obsessive. The addict is trapped. The problem or situation that was trying to solve when he began using heroin has been erased from his mind. At this point, all I can think about is getting and using the drug. Therefore, this consumption control is lost and its dire consequences are ignored, and only a treatment performed by professionals can achieve a recovery from this disease.

Effects of heroin and other opiates

The Heroin addiction can lead to death, and produces the following medical complications:

On the other hand, many of the additives that are added to heroin may include substances that do not dissolve completely and can clog blood vessels leading to the lungs, liver, kidneys or brain. This can cause infection or death of small areas of cells in vital organs. Immune reactions to these additives can also cause arthritis or other rheumatic problems.

And of course, sharing syringes, needles or fluids during consumption can lead to some of the most serious infections related to heroin addiction, such as hepatitis B and C, HIV and other blood-borne viruses, which in turn , addicts can pass on to their sexual partners or children. Finally, the effects of heroin addiction are not just physical. Insomnia, panic attacks and wrath mental functions are some of the common psychological symptoms in addicted to this substance.