Using Computer is dangerous to your Health 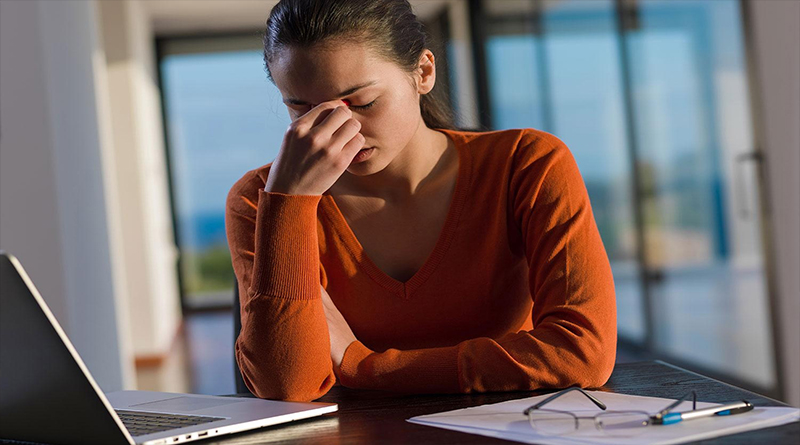 We spent more time glued to the computer screen and more often patients go to the doctor directly or indirectly affected by problems arising from their use. Perhaps the first condition that come to mind are muscle injuries caused by an incorrect position on the computer screen, but this case is only the tip of the iceberg of a series of problems that in many cases can lead us to ask the downside.
In this sense, AFSCME, the second most influential union in the United States outlined a series of conditions caused by the use and abuse of computers, from carpal tunnel syndrome, caused by repetitive tasks with the keyboard, through the most common back and neck pain resulting from poor posture at the computer. More difficult to avoid are the consequences in the eyes and vision, and is to spend many hours in front of a bright display can with any retina. In the aforementioned union we speak of a whole hubbub of symptoms resulting from being glued to the screen, ranging from eyestrain, through the itchy eyes, headaches and momentary inability to distinguish colors.
Computer virus filled, but outside
We all thought that the relationship of the virus with computers was limited to small little programs that could wipe out the entire hard drive contents and were especially promiscuous. Well, a study published by the American Hospital Northwestern Memorial will make you think twice before putting your hands on your keyboard at work: it is a hotbed of bacteria in worrying amounts. A similar study conducted in the UK puts even uglier things, to conclude that a dirty keyboard either an office can have bacteria twice a latrine in a roadhouse.
This issue, as you can imagine, is not trivial and has no easy solution a priori, because it is not clean the keyboard every morning before starting the workday. It is enough for us to remember to wash your hands frequently typed after a couple of mails, especially if we know that on keyboards analyzed in that study the bacteria that appeared were more related coli forms and fecal matter. It is therefore warned.
The unknown Wi-Fi
It is without doubt one of the most recurrent themes in which no one seems to agree: The Wi-Fi is safe and harmless to health? The proliferation of Wi-Fi wireless connections has led many experts and institutions are put on the warpath demanding serious studies to confirm or deny if our body will suffer consequences especially in the long term. A priori, the waves Wi-Fi routers have a very low frequency in theory not affect health. However, anxious to know that a manufacturer like Apple advised not to approach within 20 cm of your router so you can pass.
Not that there have been no studies on the matter, the problem is that none is conclusive and in this scenario, some schools and universities have chosen to cancel wireless networks preventively, as in the Canadian Lake head University. As seems to be no consensus, we look at what Concludes Health Organization, in a fairly extensive study conducted in May 2006, he states that “given the low exposure of waves and studies conducted to date, there is no scientific evidence that electromagnetic fields produced by routers are harmful to health.”
Manufacturers are betting on health
In such a context, we are happy to know that some manufacturers are taking note of this emerging market and have launched a range of targeted improve our health in front of the computer products. In this sense, one of the problems of back and neck most important fact is derived using laptop as a desktop computer, and just put a retractable basis for our position in front of the laptop is adequate.
The use of laptops may have more serious than a brief stiff neck or back pain consequences, and that a study conducted in the United States ensures that the use of the laptop in our lap can seriously affect fertility, since the computer rose to 2 degrees temperature decreasing zone testicular sperm production. But fortunately, there are solutions for everything and manufacturer Port Designs has developed a small portable base that will prevent these unwanted overheating.