Why do People Start Smoking 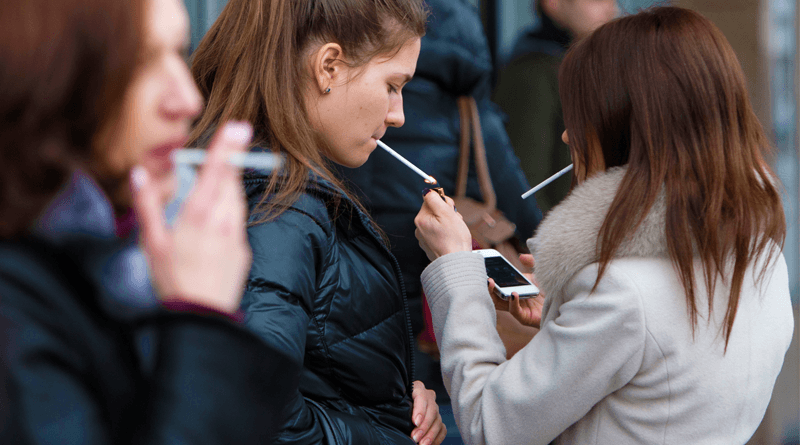 There have been many efforts to reduce consumption of cigarettes. The laws have increased the restricting places where people can smoke and increased cigarette taxes. Study after study shows the damage that smoking causes. But still people are not willing to quit.

Here are some popular reasons why it begins to smoke.

While there are certainly other factors that can lead to a smoking habit, social pressure is one of the largest. Smoking in Mexico is due in large part to pressure from peers or friends who smoke, usually young teenagers are more susceptible to pressure.

Very often, this is the stage in which young people rely heavily on most of the friends of the same age for social support and affirmation.

This reason is linked to social pressure, although it is a bit more complex and has the potential to affect more than teens pressure sensitive. In short, the social benefits are the “gifts” that people feel they are participating in a group activity. In most cases, this means some form of acceptance.

Although many adults mature beyond the need to consistently meet their peers, we as adult’s adolescent desire to be part of a group.

As smoking is increasingly restricted time, smokers looking to find a place to smoke, which only makes the sense of belonging to a group is stronger for smokers.

Adults are familiar with smoking restrictions, such as no-smoking areas, among other rules. But these rules legal, physical and social may seem a temptation for young people to violate.

There is an excitement that comes with breaking the rules, combined with the natural tendency of young people to break those imposed by parents, school and society; it is no wonder that instinctively starting to smoke.

For some young people, smoking is a ground for violating rules; this is because in many countries it is illegal to sell cigarettes to minors. Since the purchase, the production process, learns to smoke and finally consumption, it is full of rules that can be broken from the start.

The relationship between smoking parents and their children is clear: the children of current smokers are more likely to start smoking than children of nonsmokers or children of parents who quit smoking. According to some studies, parental choice to smoke can more than double the likelihood that the child smokes.

Parents who are committed to raising their children must inform you that smoking is dangerous, unhealthy and unacceptable. Although children become teenagers, giving them these messages resonate parents, which could protect them from falling into the habit of smoking.